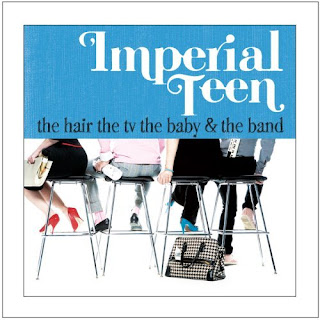 Sometimes my friend Jamie Rich makes me feel totally lame. Not purposely, mind you; he can’t help it if he’s moins <. He’s posted a must-read review of last night’s Imperial Teen show in Portland. Reading it is the closest I’ll get to seeing one of my favorite bands this time around; I was aware of their Seattle show, but I’ve spent my last week of freedom before school recharging my batteries the only way I know how—by being a recalcitrant homebody. Anyway, I’m always sad to miss Imperial Teen, who, in addition to giving us some wonderful pop, are also des très, très gentils gens. I’ve been granted the opportunity to hang out and converse with them on several occasions, and of all the bands I ever pursued with my dogged fanboy-ness, they were easily the nicest and most down-to-earth. If you haven’t heard their new album, you must give it a try. (Although Jamie’s assessment of Seasick remaining the Teens’ essential album is absolutely correct.) 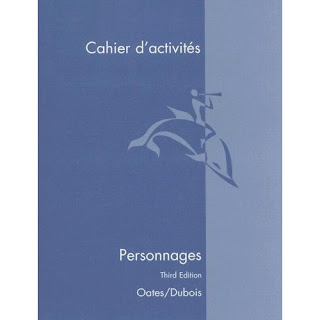 I’ve been meaning to get in one last post before je recommence mes études cette semaine. (Oui, je continue à étudier mon français after a quarter off, so as les mots français appear more frequently here, please know I’m not being pretentious or showing off; I’m simply in desperate need of any and all practice! Répétez, répétez, répétez, c’est comment on apprend le français!) 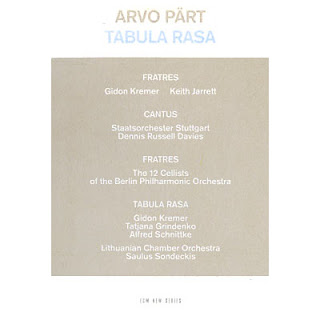 One of my favorite pieces of music is being employed by one of my favorite filmmakers. Just in case I didn’t go on and on enough about Paul Thomas Anderson’s upcoming There Will Be Blood in my previous post, I’m bringing it up again. In the official trailer, one of the most beautiful stretches of Arvo Pärt’s “Fratres” plays over the first half (view it here).
I’m less excited about Radiohead’s Jonny Greenwood being on board, soundtrack-wise. But then again, most of what Radiohead’s done in recent years is more appropriately used as accompaniment to something else, as it doesn’t really stand on its own (seulement à mon avis, bien sûr!). 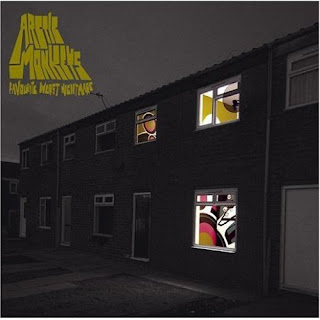 Although many of the songs grew on me, and I enjoyed it quite a bit overall, I was ambivalent about all the hype and sales for Arctic Monkeys’ first album. I wouldn’t have expected something as excellent (and, perhaps more importantly as it relates to the first album, cohesive) as Favourite Worst Nightmare, the album they released during my long posting moratorium of earlier this year. I’ve been listening to it on a fairly regular basis since then, and for me it’s decidedly become one of the year’s go-to records for catchiness, bite, and emotion. There was something brittle or incomplete around the edges of the first album, but here the band perfects its ability to create a propulsive, addictive melody and then, turning on a dime, segue unexpectedly into another. (The American band Girl in a Coma, whose début album I’ve been enjoying quite a bit, may just the L’Arctic Monkeys américaines on this count.) I like all the songs on Favourite Worst Nightmare, mais j’aime mieux “Teddy Picker,” “Do Me a Favor,” “This House is a Circus,” “Old Yellow Bricks,” and the Monkeys’ most emotionally resonant song ever (as well as the best song on the album), “505.” 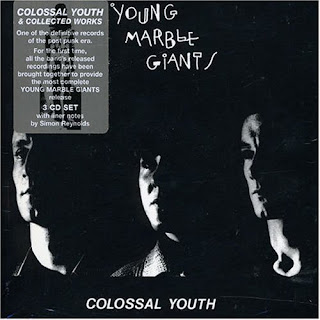 The Arctic Monkeys’ superior-sophomore-album situation makes me think of the same thing being the case for their Domino labelmates, Franz Ferdinand, whose fine second album sloughed off anything extraneous or misplaced and made good on the promise of their début. Domino, with its bevy of interesting and exciting bands (they’re also home to Sons & Daughters), may just be the Rough Trade of current times. This is an impression well reinforced by their re-release of long-beloved and –influential group Young Marble Giants’ Colossal Youth in a truly deluxe, completist’s-dream edition; Young Marble Giants were on Rough Trade in that label’s prescient days at the turn of the 1980s, even before it was graced with the presence of The Smiths. 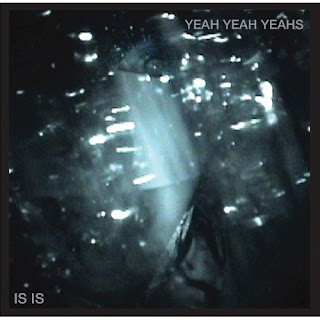 And Yeah Yeah Yeahs are in top form on their relatively recent Is Is EP; the first track, “Rockers to Swallow,” is okay, but the rest are dynamite. They really attain the perfect amalgamation of their earlier roughness with the polish of Show Your Bones; I hope this rather unexpected EP release means that the interpersonal conflicts the band was apparently having don’t mean that they won’t continue making music, especially if it’s this good.
// posted by Christopher @ 6:13 PM 1 Comments