FILMS FOR MUSIC
I’ve taken to keeping a little note card with a running list of anything I’ve seen/read/listened to that’s of any lasting interest to me; that way I can remind myself what I’d like to tackle when I finally get a chance to sit down at my computer and actually try to gather and articulate a few of my scattered thoughts. Yes, my life—full as it has been of work, studying, attending class, and trying to fit some enjoyment into the cracks—is one big hamster wheel, a never-ending round of catch-up. But here, at long last, is a chance to cross off a few more of those memorable cultural experiences that keep niggling at me from my ever-expanding list.

To continue au sujet du cinéma, I experienced three films in addition to I’m Not There that crossed paths with the world of popular music: Anton Corbijn’s Control, Jason Reitman’s Juno, and Oliver Assayas’s 2004 film Clean.

Control is the début feature from long-acclaimed and beloved rock photog Anton Corbijn, a good example of whose work one may find emblazoned on the sleeve of Morrissey’s Viva Hate: 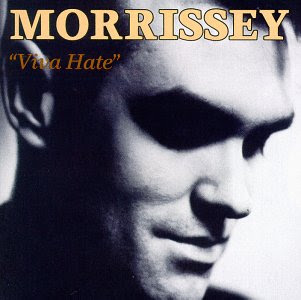 ...in addition to which Corbijn has done much other brilliant photographic visuals, perhaps most famously for Depeche Mode and U2. I certainly had expected to at least be able to appreciate Corbijn's film, but I liked it quite a bit more than I thought I would, which is to say rather unequivocally. It’s as if Velvet Goldmine had centered on the Christian Bale character and followed him along as he formed his own band; it shows us a musical scene, to be sure, but that scene is seen throughout the film via the experiences of the central character. We spend a lot of time in teenage Ian’s bedroom, following along with his musical education courtesy Bowie and Roxy Music, and his literary education courtesy Wordsworth. His very endearing occupation is that of a job-seeking aide for the local council, a position that, according to the film, he surprisingly continued to hold well into the career of his band, Joy Division.

For me, the unexpected thing about Control was that, though it is undoubtedly a biopic, the “bio” part is of Ian Curtis the individual, much less so of the band; Joy Division and music are simply one part—albeit a major and perhaps definitive part—of this individual’s short but unique life. Sam Riley (who also did a great job playing The Fall’s Mark E. Smith in Michael Winterbottom’s 24 Hour Party People) is the best Curtis imaginable, and the great Samantha Morton shines as his teenage sweetheart and long-suffering, almost painfully patient and understanding wife, Deborah, upon whose book Corbijn has based the film.

Corbijn’s extensive body of work spans decades of pop-culture history, and all the best markers of his somehow simultaneously raw and composed visual sensibility are omnipresent in Control. No matter how surpassingly, unassailably great you find Curtis, you’ll be sure to find every frame visually worthy of your icon; what I mean by this is that the film has a bona fide aesthetic that, while gorgeous, doesn’t even come close to merely deifying or embalming Curtis as a hero. Without making the mistake of lionizing Curtis, Corbijn has snapped us a portrait that is as sensitive and inspired as its tragically guilt-ridden subject. 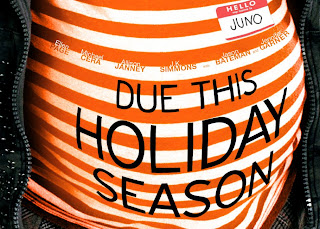 Music plays an important signifying role in the lovely, hilarious Juno--a role that extends well beyond the film’s now massively popular soundtrack. At least three of the principal characters—Juno herself, the baby’s father, and the potential future adoptive father of her child, played by Jason Bateman—have intertwined their feelings, personalities, and worldviews with their musical tastes and music-making aspirations in a way many of us can relate to (possibly all too well!). It’s to the credit of Diablo Cody’s well-ballyhooed script that the Bateman character, an ex-pseudo-bohemian grunge rocker, is not a ridiculous cartoon so much as he is a rather sad character lost in some empty ideas about music—and about his life. It was clear to me, however, that Juno’s taste bested by a furlong the Bateman character’s delusional penchant for the likes of Mudhoney. As far as the filmmaking goes, virtually everybody is familiar by now with the fact that Jason Reitman, who did a more than passable job a couple years back with Thank You for Smoking, does admirable justice to Diablo Cody’s very thoughtful, very warm, and very funny script. I’ll just mention in passing that I thought a neat little stylistic choice/quasi-auteurist imprint occurred when the almost subliminal quick-cuts to photos of Patti Smith, Iggy Pop, and David Bowie flash by, blown up large on the screen for a few seconds as Juno names them off. Reitman’s filmmaking is not flashily obtrusive, but this little moment demonstrates his sensitivity to the visual possibilities that cinema offers, and gives the lie to the idea that Juno, well-written as it is, is strictly a writer’s movie.

Clean gives us another, more complicated side of popular-music aspirations. Its protagonist, Emily Wang, is living in the dream of Jason Bateman’s character in Juno, but it’s a dream that retains its (endemic?) nightmare elements. It’s always easier to imagine romantically from the outside, as Bateman’s character seems to, that there are reassuringly clear distinctions between business and art in the music world, that “sell-outs” are easy to spot and that the act of selling out is easily avoided if one only has enough integrity, etc. But Emily Wang, who has her own dreams of being a singer, has put her own creativity on hold to be a sort of business manager to her financially floundering husband, a well-regarded but insecure middle-aged rock musician. The film isn’t out to undermine anyone’s ideals of artistic integrity; rather, it illustrates, empathetically and convincingly, that integrity does not pay the bills or facilitate a contented personal life—that artistic success is very distinct from financial success.

The character of Emily Wang reminded me in some ways of Courtney Love, perhaps with some hints of Yoko Ono—a woman whose own art is overshadowed by her husband’s when it’s not openly mocked, whose apparent “interference” and malign influence is regarded with much hostility by seemingly everyone, and, in a surprisingly stupid act for an otherwise intelligent person, tries escaping her problems through heroin. She very nearly loses it all, including the lost son being raised by her husband’s parents (Béatrice Dalle and Nick Nolte, the latter of whose interactions with Cheung’s character contribute immeasurably to the film’s emotional core). It is Emily Wang’s reclamation of her son, of her music, of her life that is Clean’s real story; it just plays out against the background of music-making, though it is quite astute about the glum, sometimes desperate hierarchy within that purgatorial middle tier of that world, where one believes in artistic principle but cannot escape the basic-survival requirement of having an income.

Emily Wang's songs, perfectly performed by Cheung herself, are nice but unspectacular. It was very interesting to me, however, that my relative indifference to the sort of faux-Mazzy Star material didn’t really matter, because Assayas and Chung do such a good job of showing us beyond any doubt the genuine meaningfulness of this music to this character. Not since Nashville has one’s opinion on the quality of the music in a film about music mattered so little. Assayas has his sights set higher than showing us how good his musical taste might be; his film demonstrates a mature, open, and generous understanding of people’s relationships with music.
// posted by Christopher @ 1:54 PM 5 Comments