"WE UNDERSTAND HOW MUSIC WORKS"
The story is old, I know, but it goes on.... I do realize that I’m far from the first to complain about the kind of Orwellian demographics-dependence that evidently informs every business decision of those corporations responsible for bringing us our works of “art” in the age of mechanical reproduction. But, in the midst of the death of the film studios’ indie-boutique divisions and the nonstop media trivialization of the most important Presidential election of my lifetime, I’m finding that some of my least favorite people in the world lately are the pollsters, the “box office analysts” and the “industry insiders,” who, I’m starting to feel, bear some direct responsibility for what looks like a recent upswing in the obsessively quantitative, horse-race quality of everything in our culture. It is a vicious circle, of course, with corporations merely attempting to repeat the formulas (in films, in music, in books, in “journalism”) that the public seems to have proved itself most willing to buy. And there’s no denying that the public (in which I have to include myself, of course) is guilty of voting with its dollars (for entertainment) and/or varying degrees of prurience and/or indifference (in politics) in a way that very often proves the forecasters right. 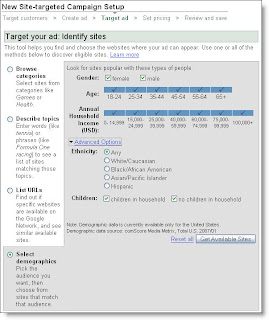 I always worry about being condescending when I express ideas about how the (overworked, overstressed, and propagandized) “people” need some help with their taste in the form of better education, economic security, and a socio-cultural environment that openly values things that might be called “art.” I’m torn between the idea that those of us who were raised and/or continue to be working-class (and that’s more and more of us Americans, economically speaking) have been robbed in many ways when it comes to knowing about the things of real value in life, and the simultaneous feeling that telling us we should have better taste is something like telling a homeless person to get a job. But the conclusion I usually arrive at is that it’s the ultimate in condescension when some suit, armed with the knowledge of what your age, sex, race, income, and sexual orientation are, thinks they know exactly which of your buttons to push to make whatever they’re hawking a success they can quantify. We lumpen masses need to un-lump ourselves and start realizing that being number one and actually being worth anything coincide much too rarely, and that we do have some control over that perennially lopsided equation. 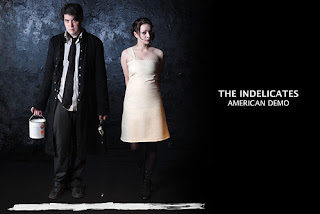 A blow for the other side comes in the form of The Indelicates’ début album, American Demo. There’s nothing remotely spartan, lo-fi, or “indie” about this record’s almost decadently lush glam sound, yet its hubris and skillful provocation make it the most “punk” thing I’ve heard in a very, very long time. Following in the footsteps of one Mr. Luke Haines, this very saucy British boy and girl calling themselves, respectively, Simon and Julia Indelicate (guitar, piano, and equally distributed vocals) and their band are taking a scorched-earth approach to the cultural landscape, and the result is absolutely invigorating. It’s the pop-music album as chilling statement, but there’s nothing preachy about the Indelicates’ unfailingly melodic, lyrically devastating pop-culture horror stories about all the deadly traps of self-delusion entailed in the starmaking machinery of the popular song.

Admittedly, it’s a little disorienting to hear the medium come under such harsh scrutiny by people who have it so well mastered that they must have been studying it for most of their lives, but that disorientation comes to feel like a very fresh (and refreshing) perspective, and therein lies the singular pleasure and worthiness of The Indelicates. It takes some balls to kick off your album with a song called “The Last Significant Statement To Be Made in Rock ‘n Roll”—a propulsive rave-up that recounts the death and birth of The Teenager and declaims, “Rebellion shores up the market/Rebellion keeps the nation healthy.” It’s the same idea that lends Todd Haynes’s I’m Not There its melancholy power: the tension between desperately needing a song to make a Significant Statement and the gnawing doubt that such a thing is or has ever been possible.

“Our Daughters Will Never Be Free” reiterates the theme in a terse attack that sounds something like riot-grrrl (not “girl power”) with production values; Julia lays into anti-signification postmodernism, deflating “It’s all tongue-in-cheek, anyway” with “Rape us and beat us ‘til we’re black and blue/We made it okay/On the day we said nothing/Is better than something to say.” And all of Generation X (talkin’ bout MY generation, sad to say) hangs its head in shame.... Simon follows that up with the twitchily rhythmic, anti-escapist “Better to Know”: “The truth’s a haunting, taunting mistress/She ain’t been good to me,” but “Despite all the fools and liars/Despite all of the wars/The pursuit of liberty is still a noble cause.” 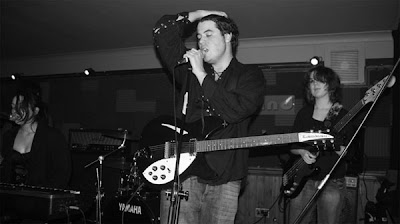 Gauntlet thrown down and statements of intent effectively made, our intrepid explorers delve into the nightmarish contradictions of art-making, stardom-seeking pop musicianship. Julia’s gorgeous piano melodies, coupled with some crackling, roaring, soaring Ziggy Stardust-like electric guitar interludes, set the soundscape for the album’s three devastating centerpiece ballads, “Stars,” “New Art for the People,” and “Unity Mitford.” “Stars” (like “Sixteen,” the song preceding it) is a cry for help from inside the cage of middle-class privilege. Julia sings in the voice of a well-educated, self-involved girl who believes she’s “Joan of Arc, Ophelia, the other Mrs. Rochester” as she enslaves herself to a sadistic cad in order to get daddy’s attention. “I conjure up a single tear/The people look like ants from here....Gazing at eternity/The only one who counts is me.” With a head stuffed full of books and an experience lacking in any real hardship or deprivation—in any reality--can any experience be anything but a posturing bit of role-play? “New Art for the People,” in its demo version, was the very first Indelicates song I ever heard. The slowed-down, more textured, frankly lovely album version is even more grandiosely ferocious in its unblinking recounting of what happens during the rest of the lives of people who momentarily make the cover of the N.M.E.-- people who can “barely even speak,” live in a world of “intensive care and conditioned air,” and believe themselves to be innovators and saviors.

“Unity Mitford” takes the point of view of the most (in)famous of Britain’s storied Mitford sisters (covered ensemble by Luke Haines in his own symphonic “The Mitford Sisters”), and it disquiets by convincingly casting art as absolutely neutral, morally speaking (it could have been called “Leni Riefenstahl”). Unity was, of course, the sister who had a love affair with Hitler, and this is a tender love song to a Nazi that convincingly illustrates the concept that murderous fascism and “art” are not mutually exclusive--that, in fact, they are disturbingly compatible. In the guise of Ms. Mitford en train de chanter her devotion to Hitler, Julia sings the melodically compelling, lyrically sobering chorus: “You and I are like a different species/Like Romeo and Juliet/In a bunker/Shot through the head.” After having thus made sure to invoke/implicate the font of all Western narrative, she goes on: “We understand how music works.” And just as the electric guitar and drums crash the song’s piano reverie, she gets in her final kick: “Everything must be beautiful,” a credo shared by fascism and the most widely subscribed-to ideas of what constitutes Art. 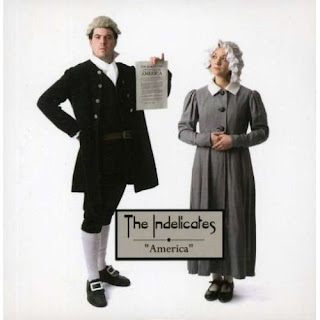 The album’s latest single, “America,” again takes the more frightening critical route of incisively exploring a disturbed/disturbing and very real mindset from the inside—ultimately making for a much more profoundly effective critique. When Simon sings, “I find myself a loner and I find myself bereft/I find myself agreeing with Bill O’Reilly more than the left,” he’s speaking for a world tired and benumbed by conservative fear-mongering and leftist insularity and impotence. The ultimate, unwanted, but noticeable result, as set forth by the chorus: “When they pin me to the wall/I’ll say I’m with America/With godless America/I’ll stand and I fall/Though it cuts me to my soul/That it must be America/Or nothing at all.”

The album closes with an anti-futility, anti-self-indulgence suite comprised of “Heroin” and the anthemic “We Hate the Kids,” the latter perhaps the most pointed masterpiece on an album packed to the gills with them. “Heroin” encapsulates the lamentations of anyone who seeks salvation in the show business—never, ever an advisable approach in the world of The Indelicates. The despairing line “This must be Zion, they promised us Zion” is repeated for deserved emphasis, articulating the stunned disappointment of pilgrims who get to pop mecca and find nothing but a “dead town where the dead kids hang around.” The song is a bit of tough love directed at dreamers (“we dreamers, we dreamers, oh you should see us,” goes one line) and seems to speak for and about all those millions of naïve kids who, for example, show up in Hollywood clutching their head shots (or, for that matter, in my own overrated little burg of Seattle toting a guitar and a demo tape). As for the album-closing “We Hate the Kids,” it’s a very catchy cultural apocalypse that takes no prisoners. “I wanted to believe in rock’n roll stars/I wanted to believe in contemporary art,” Julia sings regretfully before the song kicks into high gear to call to task “charismatic crack-head liars,” “every hopeless case that every drummer befriended/every 7-inch that every student intended/every groupie, leaker, identity-seeker,” leaving no stone unturned in its relentless attack on the “con-trick” lurking within pop culture to dupe, delude, and cruelly disappoint those who so understandably want to believe. Godard’s Week-End ended with the successively flashed intertitles “The End...of Cinema,” and “We Hate the Kids” is the Indelicates’ version of that. It’s The End...of Music. 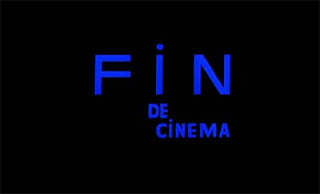 American Demo’s brilliantly-conceived sleeve depicts our ringleaders against a black backdrop, Simon gripping a can of paint and a brush, both posing insouciantly behind his freshly painted white horizontal strip. Like everything about this remarkable and essential new pop force, it means to say something, and it succeeds. Pop has been eating itself to death for too long, and this is where they draw the line.